I'D LIKE TO WISH ALL OF YOU A WONDERFUL "HAPPY CHINESE NEW YEAR!!!"  THIS IS THE YEAR OF THE SNAKE.
HERE IS ONE OF MY FAVORITE CHINESE STORY I REMEMBER READING WHEN I WAS LITTLE:

Another folk story tells that Cat and Rat were the worst swimmers in the animal kingdom. Although they were poor swimmers, they were both quite intelligent. To get to the meeting called by the Jade Emperor, they had to cross a river to reach the meeting place. The Jade Emperor had also decreed that the years on the calendar would be named for each animal in the order they arrived to the meeting. Cat and Rat decided that the best and fastest way to cross the river was to hop on the back of Ox. Ox, being naïve and good-natured, agreed to carry them both across. Midway across the river, Rat pushed Cat into the water. Then as Ox neared the other side of the river, Rat jumped ahead and reached the shore first. So he claimed first place in the competition and the zodiac.

Following closely behind was strong Ox who was named the 2nd animal in the zodiac. After Ox, came Tiger, panting, while explaining to the Jade Emperor how difficult it was to cross the river with the heavy currents pushing it downstream all the time. But with its powerful strength, Tiger made to shore and was named the 3rd animal in the cycle.

Suddenly, from a distance came a thumping sound, and the Rabbit arrived. It explained how it crossed the river: by jumping from one stone to another in a nimble fashion. Halfway through, it almost lost the race, but the Rabbit was lucky enough to grab hold of a floating log that later washed him to shore. For that, it became the 4th animal in the Zodiac cycle. In 5th place was the Flying Dragon. Of course, the Jade Emperor was deeply curious as to why a swift flying creature such as the Dragon should fail to reach first place. The mighty Dragon explained that he had to stop and make rain to help all the people and creatures of the earth, and therefore he was held back. Then, on his way to the finish, he saw a little helpless Rabbit clinging onto a log so he did a good deed and gave a puff of breath to the poor creature so that it could land on the shore. The Jade Emperor was very pleased with the actions of the Dragon, and he was added into the zodiac cycle. As soon as he had done so, a galloping sound was heard, and the Horse appeared. Hidden on the Horse's hoof was the Snake, whose sudden appearance gave the Horse a fright, thus making it fall back and giving the Snake the 6th spot, while the Horse placed 7th.
Not long after that, a little distance away, the Goat, Monkey, and Rooster came to the shore. These three creatures helped each other to get to where they are. The Rooster spotted a raft, and took the other two animals with it. Together, the Goat and the Monkey cleared the weeds, tugged and pulled and finally got the raft to the shore. Because of their combined efforts, the Emperor was very pleased and promptly named the Goat as the 8th creature, the Monkey as the 9th, and the Rooster the 10th.

The 11th animal was the Dog. Although he was supposed to be the best swimmer, he could not resist the temptation to play a little longer in the river. Though his explanation for being late was because he needed a good bath after a long spell. For that, he almost didn't make it to the finish line. Just as the Jade Emperor was about to call it a day, an oink and squeal was heard from a little Pig. The Pig got hungry during the race, promptly stopped for a feast and then fell asleep. After the nap, the Pig continued the race and was named the 12th animal of the zodiac cycle. The Cat finished in 13th place and did not make it in the zodiac. It is said that that is the reason why Cats always chase Rats; to get back at them for what they have done.

Another folk story tells that on registration day, the Rat met up with the Ox. He thought to himself "Ox is the fastest, strongest animal!" So the little Rat played a trick on the Ox. He asked the Ox if he would like to listen to him sing. The Rat opened his mouth but said nothing. "How was that?" he asked the Ox and of course he replied "Sorry little Rat, I didn't hear you." The Rat told the Ox to let him jump onto his back so that he could sing it more clearly, and the Ox agreed. Soon without knowing, the Ox was walking to the signing post, forgetting the Rat on his back. When they reached there, the Rat jumped off and claimed first place. The Ox following and the rest.

In Buddhism, legend has it that Buddha summoned all of the animals of the earth to come before him before his departure from this earth, but only 13 animals actually came to bid him farewell. To reward the animals who came to him, he named a year after each of them. The years were given to them in the order they had arrived.

The 12 animals for the Chinese zodiac must have been developed in the early stage of Chinese civilization for hundreds of years until it become the current edition; and it’s very hard to investigate the real origin. Most historians agree that Cat is not in the list since the 12 animals of the Chinese Zodiac were formed before Cats were introduced to China from India with Buddhism.

Another story tells that God called the animals to a banquet that night. The Rat, who loved to play tricks on his neighbour, told the cat that the banquet was on the day after tomorrow. The Cat believed his neighbour the Rat and slept whilst dreaming of the banquet. The next day, the rat arrived first followed by the ox, the tiger and the rest of the animals. The order of the animals was decided by the order that they arrived. The Cat was devastated and vowed that he would always hate the Rat. This is why cats chase rats in folklore.

FOR THOSE OF YOU WHO ARE UNFAMILIAR WITH THE CHINESE HOROSCOPE, READ ON...

The Shēngxiào (Chinese: 生肖), also known in English as the Chinese Zodiac, is a scheme, and a systematic plan of future action, that relates each year to an animal and its reputed attributes, according to a 12-year cycle. It has wide currency in several East Asian countries, such as China, Vietnam, Korea and Japan.

Identifying this scheme using the term "zodiac" reflects several similarities to the Western zodiac: both have time cycles divided into 12 parts, each labels at least the majority of those parts with names of animals, and each is widely associated with a culture of attributing influence of a person's relationship to the cycle upon their personality and/or events in their life. Nevertheless, there are major differences: the "Chinese" 12-part cycle corresponds to years rather than months. The Chinese zodiac is represented by 12 animals, whereas some of the signs in the Western zodiac are not animals, despite the implication of the Greek etymology of "zodiac". The animals of the Chinese zodiac are not associated with constellations, let alone those spanned by the ecliptic plane.


The zodiac traditionally begins with the sign of the Rat. The following are the twelve zodiac signs (each with its associated Earthly branch) in order and their characteristics.

In Chinese astrology the animal signs assigned by year represent what others perceive you as being or how you present yourself. It is a common misconception that the animals assigned by year are the only signs and many western descriptions of Chinese astrology draw solely on this system. In fact, there are also animal signs assigned by month (called inner animals), by day (called true animals) and hours (called secret animals).
While a person might appear to be a Dragon because they were born in the year of the Dragon, they might also be a Snake internally, an Ox truly and Goat secretively.


GO TO:  http://en.wikipedia.org/wiki/Chinese_horoscope TO READ MORE!!!


A COOL VIDEO SHARED BY MY GOOD FRIEND, KIERAN TONG OF HONOLULU, HAWAI'I. 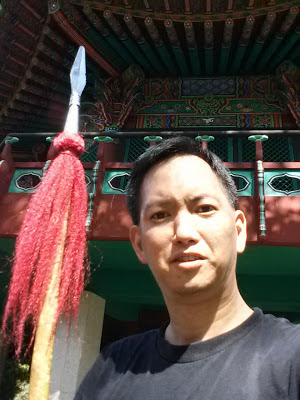 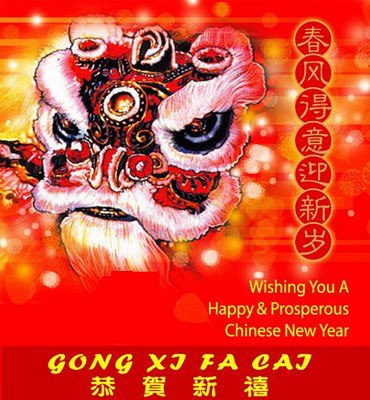 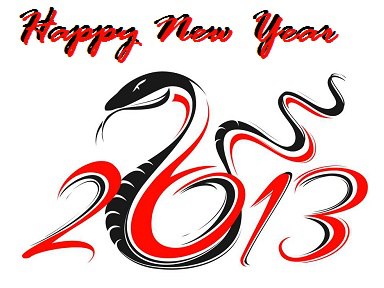 MAY THIS BRING FUN AND EXCITE FOR ALL OF YOU!!!

STAY TUNED FOR MY NEXT POSTING ON MY "PROJECT SYNERGY" RESULTS!!!