AS KID, I USE TO WATCH THE IRONMAN TRIATHLON ON TV, BACK THEN IT WASN'T A VERY BIG DEAL TO ME AS I'D RATHER PLAY "ATARI" AND PLAY OUT INSTEAD OF REALLY FOCUSING WHAT ITS ALL ABOUT.  AFTER MANY YEARS OF WATCHING THE IRONMAN TRIATHLON ON TV, I SLOWLY MOVED ON IN MY LIFE LIKE ANYONE WOULD AND NEVER PUT A THOUGHT OF THIS EVENT EVER AGAIN.  UNTIL SEVERAL MONTHS AGO...  NOW THAT I'VE BEEN LIVING A DIFFERENT LIFESTYLE, A HEALTH ONE THAT IS...  I WAS ON YOUTUBE WATCHING SPARTAN RACES AND TRAINING AND AN ADVERTISEMENT CAME ACROSS ONE OF THE VIDEOS I WAS WATCHING ANNOUNCING THE UPCOMING "IRONMAN" EVENT BEING HELD IN KONA, HAWAI'I.  ITS JUST SO HAPPENS THAT I WAS GOING TO BE IN HILO, HAWAI'I AT THE SAME TIME OF THE EVENT.  SO I WENT AHEAD AND CHECKED OUT THE WEBSITE - http://www.ironman.com/

AND SAW THAT THEY WERE LOOKING FOR VOLUNTEERS TO HELP OUT.  I SAID TO MYSELF...  SURE...  WHY NOT???

I SUBMITTED MY VOLUNTEER APPLICATION AND SEVERAL WEEKS LATER I WAS NOTIFIED THAT I WAS ACCEPTED!!!

WHEN I ARRIVED IN HILO, HAWAI'I...  I FREQUENTLY DROVE ACROSS THE ISLAND TO KONA AND CHECKED OUT THE PRE-EVENTS AND MET QUITE A FEW IRONMAN COMPETITORS FROM ALL OVER THE WORLD!!!

IT WAS TRULY AN AMAZING EXPERIENCE TO SEE THEM TRAINING VERY HARD LEADING UP THE EVENT!!!

I ALSO FOUND OUT CELEBRITY, "APOLO OHNO" WAS ALSO COMPETING AS WELL!!!

CHECK OUT HIS ARTICLE BELOW:

Apolo Ohno: "There's Always the Pull of the Physical" 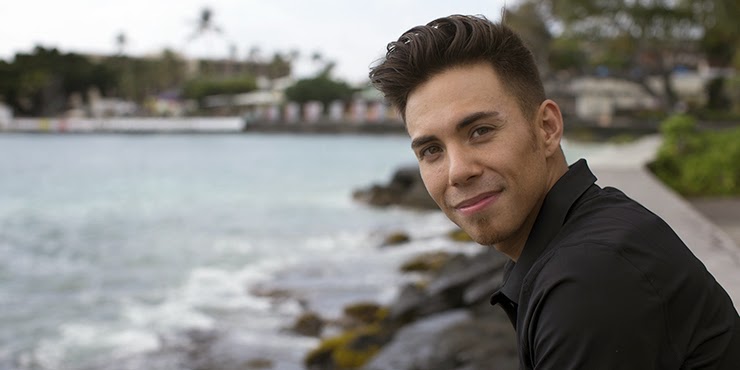 The Olympic speed skater gets personal on the eve of the IRONMAN World Championship, his first IRONMAN.

When Apolo Anton Ohno entered the Lake Placid Olympic Training Center in 1996 to train full-time for short track speed skating, he was 13, making him the youngest skater ever admitted. A year later he won his first major title and became the youngest national champion ever. He went on to become the first American to win the overall World Cup title, which he did three times, then he won the overall World Championship title, followed by eight Olympic medals, and too many other major events to count.

But here's the thing: String all of his race times together since he was 13 and they wouldn’t add up to a single IRONMAN race. I'm not sure they'd even add up to the run. So you have to wonder: Why is this skating superstar determined to pour more energy into a single-day triathlon than he's expended over 20 years' worth of short track speed skating?
We caught up with him to find out.

ANOTHER CELEBRITY ALSO COMPETING IS HAWAI'I OWN MAYOR, BILLY KENOI!!!

THIS GUY IS AN ATHLETE!!!

ANOTHER COOL ARTICLE TO READ!!! 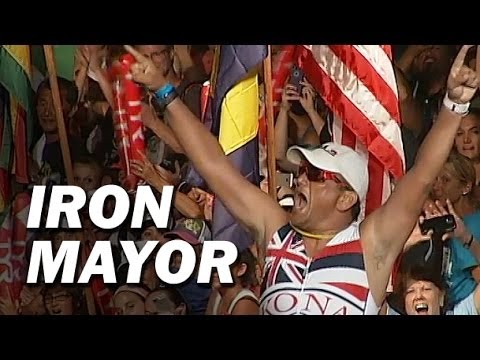 After four months of hard work, dedication and lengthy workouts to whip himself into the best shape of his life, Mayor Billy Kenoi is just days away from his first attempt at the Ironman World Championship in Kailua-Kona.

Although Kenoi has competed in other triathlons including Ironman 70.3 Hawaii, Lavaman Keauhou and Waikoloa, and the inaugural Hilo Triathlon, Kenoi said this is by far the biggest challenge in his triathlon journey.

“I’m terrified,” Kenoi said with a laugh. “I know I didn’t put in the time that I needed to, but I feel good. Every step has been great and a fun experience. You meet the nicest people whether they are athletes, volunteers or just people out there to support you. I truly feel humbled.”

After successfully completing May’s half Ironman distance event locally known as Honu, Kenoi said he was blown away when World Triathlon Corporation’s Andrew Messick announced Kenoi’s invitation to compete in “the Super Bowl of triathlon” during the post-race awards ceremony.

“I was excited, honored and scared,” Kenoi said of accepting the slot. “I thought back to when I saw my first Ironman race. It was 2009 and I had the special honor of pulling the cannon to start the race. I was stunned. Seeing thousands of people who had come out, the feeling in the air — gave me chicken skin.”

Kenoi said he later went back to watch the last finishers cross the finish line.
“It was so powerful and compelling that I don’t know how else to explain it,” he said. “I sat there and saw an 80-year-old man cross, then a person with a prosthetic leg. It was the greatest celebration of the human spirit that I got to experience.”

Drawing inspiration from watching more than 1,800 athletes achieve their dreams on that day, Kenoi said he began doing triathlons nearly four years ago to get into shape. Kenoi also hoped that leading by example would impact health care at the local level — by encouraging the Big Island community to incorporate health and wellness into their lifestyles.

“I wanted to support our community, get healthy, be a role model and promote health and wellness,” the 45-year-old said. “I thought that if I start doing triathlons we could get our kids, our families, our Kupuna healthy. If we can all be the best on a personal level, then we will certainly have a more positive and healthier community.”

In preparation for Saturday’s big show, Kenoi said he’s been training under the guidance of Oliver Kiel, owner of Cycle Station and Triathlon School Hawaii. As of last Friday, Kenoi had completed his second 2.4-mile swim feeling good and more confident with the distance. He’s done a few 80-mile bike rides squeezed between his hectic work schedule, and laces up his running shoes every morning, rain or shine.

“After chatting with Oliver at Cycle Station for 10 minutes, I knew he was the coach for me,” Kenoi said. “He’s showed me how to use a heart rate monitor, a Garmin, and made a training plan for me to stay within my heart rate zone. I learned cadence and how hills can affect me. He’s allowed me to grow in training and I shaka him for all that he’s done.”
Kenoi said there’s much to be thankful for knowing he has been given a shot at a dream others spend a lifetime chasing. But he is especially thankful for his family and close friends who have supported him from the beginning.

“My wife, Takako, supports me in everything that I do and has come to every event that I’ve competed in,” he said. “My three children all say they are proud of me. I have to thank Jesse Ebersole, captain of EMS for bothering me to be healthy for over two decades. And Mike Sohriakoff who is a fire rescue specialist for keeping me motivated.

“I’m very thankful to have the opportunity to be able to participate in triathlons. It’s a great way to be healthy and it’s very humbling to do it as mayor. I’m going to give everything I have to make my family and community proud.”

Now 30 pounds leaner and in the best shape of his life, Kenoi is looking forward to finishing and has visualized what it would mean to run across the finish line well before the 17-hour cutoff time.

“That’s all I think about,” Kenoi said. “It’s a realization of a dream. I will have been able to walk in the steps of thousands who have done it before me. I will be humbled and will probably break down to cry. Crossing the finish line will be for everyone on the Big Island and show everyone you can accomplish anything that you set your mind to.”

NOW YOU KNOW WHY I LOOK UP TO THIS MAN!!!

KAHEALANI AND I WOKE UP EARLY SATURDAY MORNING AND WAS ON OUR WAY TO KONA VIA "SADDLE ROAD" BY 3:30AM!!!
WE ARRIVED IN KONA AT 5:00AM AND IT WAS ALREADY JAMMED PACKED!!!  THERE WAS PEOPLE ALL OVER THE TOWN...  IT WAS "AWWWESOME" AND EXCITING!!!
WE WERE ABLE TO SEE THE SWIM START WHICH IS SIGHT TO SEE WITH YOUR OWN EYES.  I HIGHLY RECOMMEND THAT YOU GO AND SEE THIS RACE IN PERSON.
WE WATCHED THE TRANSITION FROM THE SWIMMING TO THE BICYCLE WHICH IS ALSO COOL TO SEE!!!
LATER ON...  KAHEALANI AND I FINALLY MET UP WITH THE REST OF THE VOLUNTEERS TO GO SET UP FOR THE RUNNING PART OF THE COURSE.  I GOT TO MEET SOME REALLY "AWWWESOME" PEOPLE.  ONE IN PARTICULAR...  A BEACHBODY COACH NAMED ANGELA!!!  ANGELA AND I CLICKED THE MOMENT WE MET.  WE STARTED SHARING EACH OTHER'S STORIES OF HOW WE ALL STARTED IN THE BEGINNING OF OUR JOURNEY TO A HEALTHY LIFESTYLE!!!  AMAZINGLY AND INSPIRING...  AFTER AN HOUR OR SO OF TALKING TO EACH OTHER, WE EXCHANGED CONTACT INFORMATION AND WENT OUR SEPARATE WAYS.  I VOLUNTEERED WITH THE "KAI EHITNU CANOE CLUB - http://www.kaiehitu.org/
THEY ROCK BIG TIME!!!  KAHEALANI & I HAD SO MUCH FUN WITH THEM AND BEFORE YOU KNOW IT...  THE RUNNERS ARRIVED AND WE WERE ALL THERE CHEERING THEM ON AND PASSING OUT WATER, JUICE, FRUITS, COLD SPONGES, ICE, AND OTHER SORTS OF FOODS AND DRINKS FOR THE RUNNERS PASSING THRU.  IT WAS AN AMAZING EXPERIENCE!!!
ENOUGH TALK...  ENJOY THE VIDEO!!!

ALL I CAN SAY IS THIS, "I AM VOLUNTEERING FOR THE KONA IRONMAN TRIATHLON" EVERY YEAR FOR THE REST OF MY LIFE.  ITS INSPIRING, ITS MOTIVATING, ITS 100% ADRENALINE, AND THE COOL THING ABOUT ALL OF THIS...  I AM SURROUNDED BY MANY PEOPLE WHO SHARE THE SAME DREAMS AND VISIONS THAT I HAVE.  I WILL MAKE NEW FRIENDS EVERY YEAR AND I WILL MAKE NEW GOALS EVERY YEAR!!!
AND WHO KNOWS...  MAYBE I'LL SOMEDAY COMPETE IN THE KONA IRONMAN TRIATHLON TOO!!!
UPDATE!!!
REMEMBER MY NEW FRIEND ANGELA THAT I SPOKE ABOUT EARLIER, I WILL ALSO BECOME A "BEACHBODY COACH" TOO.  AND IT WAS ONLY MADE POSSIBLE BY HER, ANGELA...  YOU ROCK...  WE ARE GONNA TAKE THIS TEAM TO ANOTHER LEVEL AND ITS GONNA SHAKE THE UNIVERSE!!! 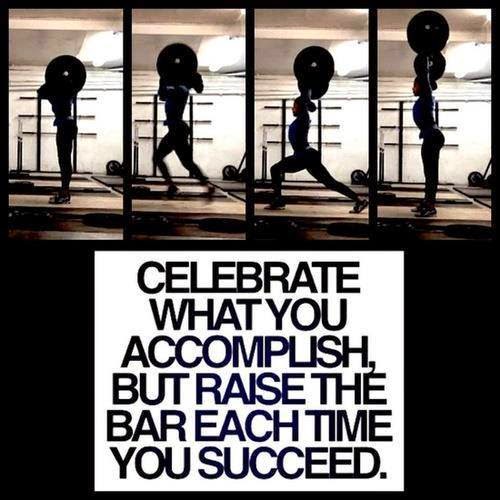 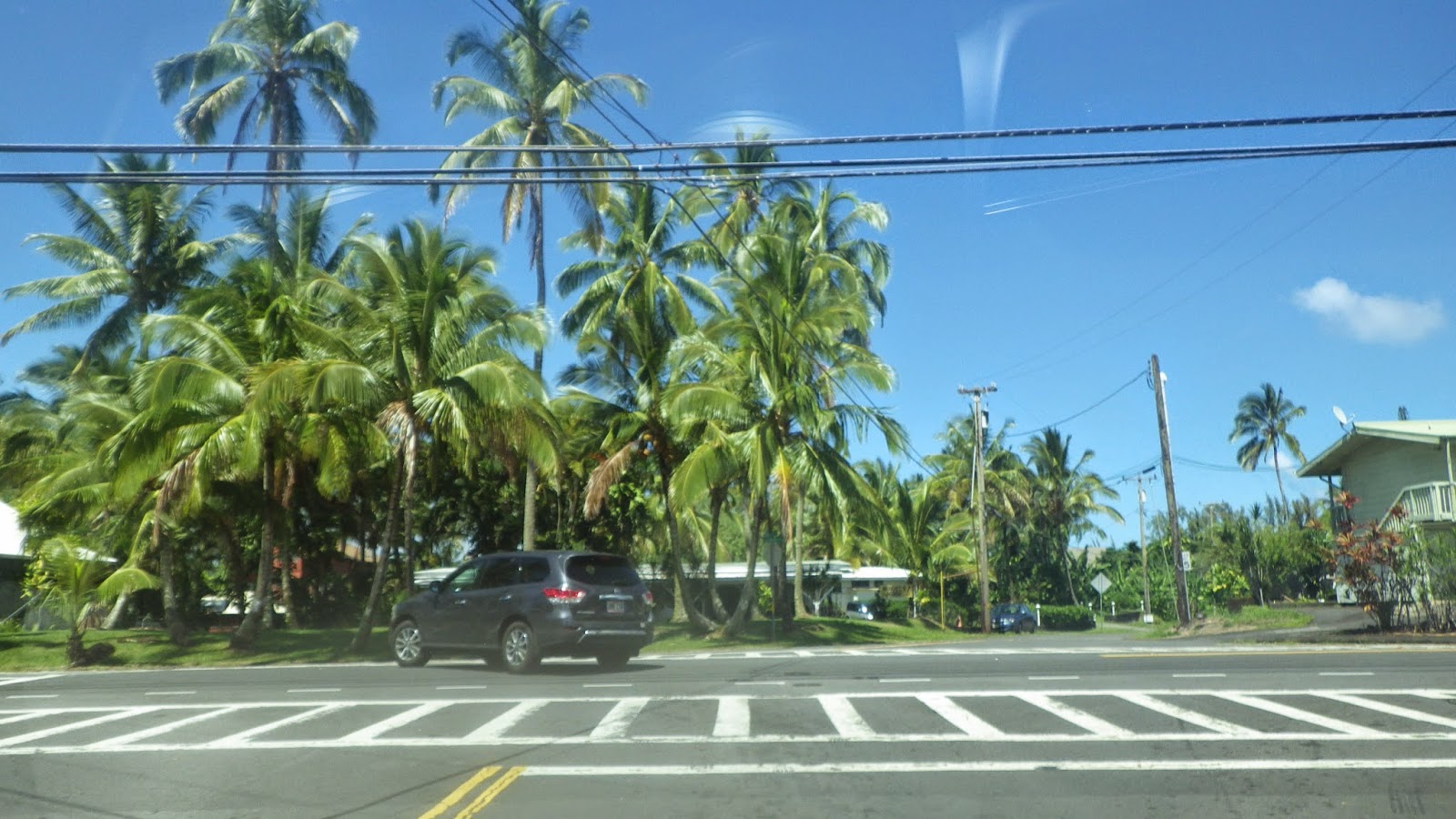 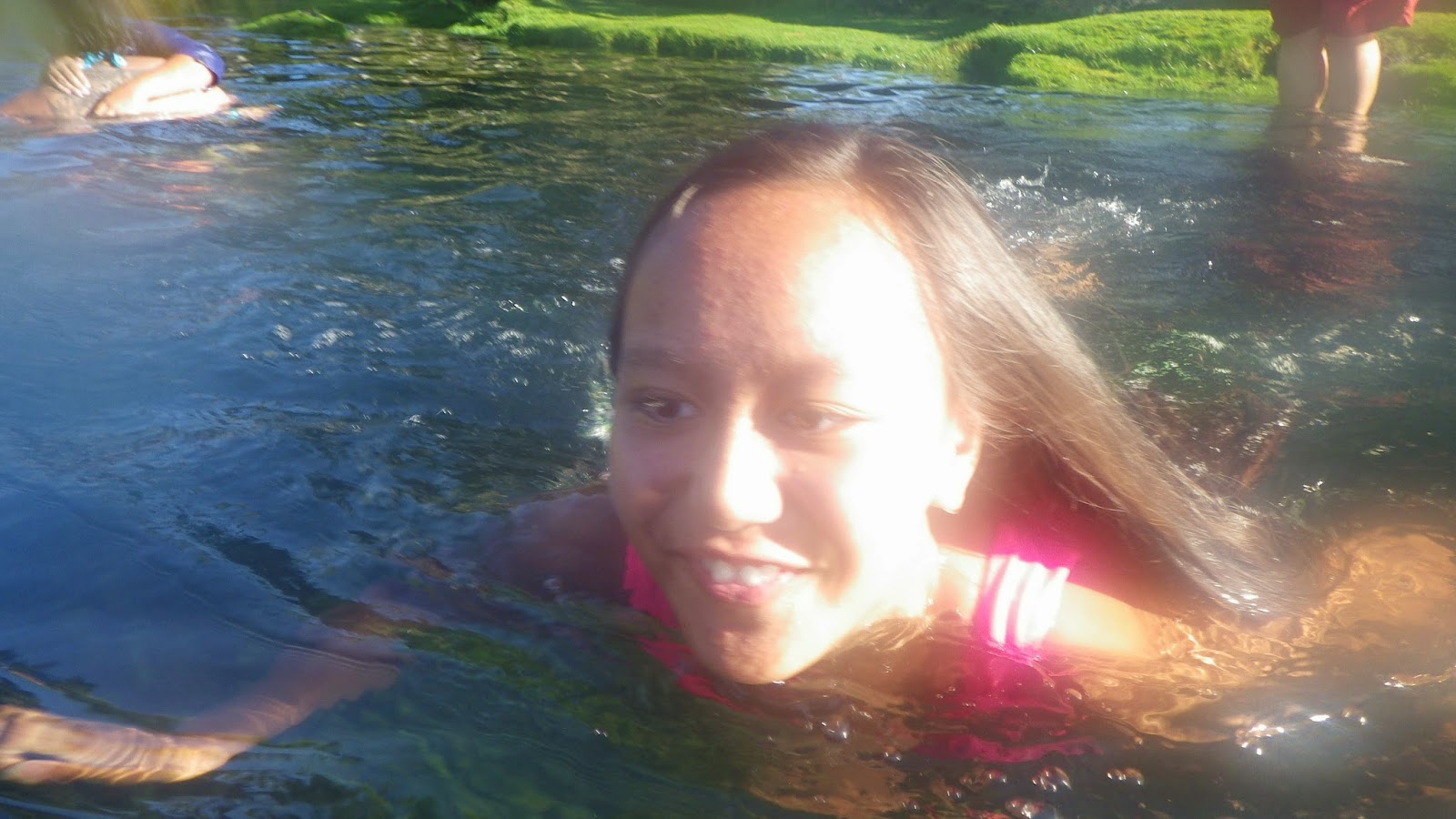 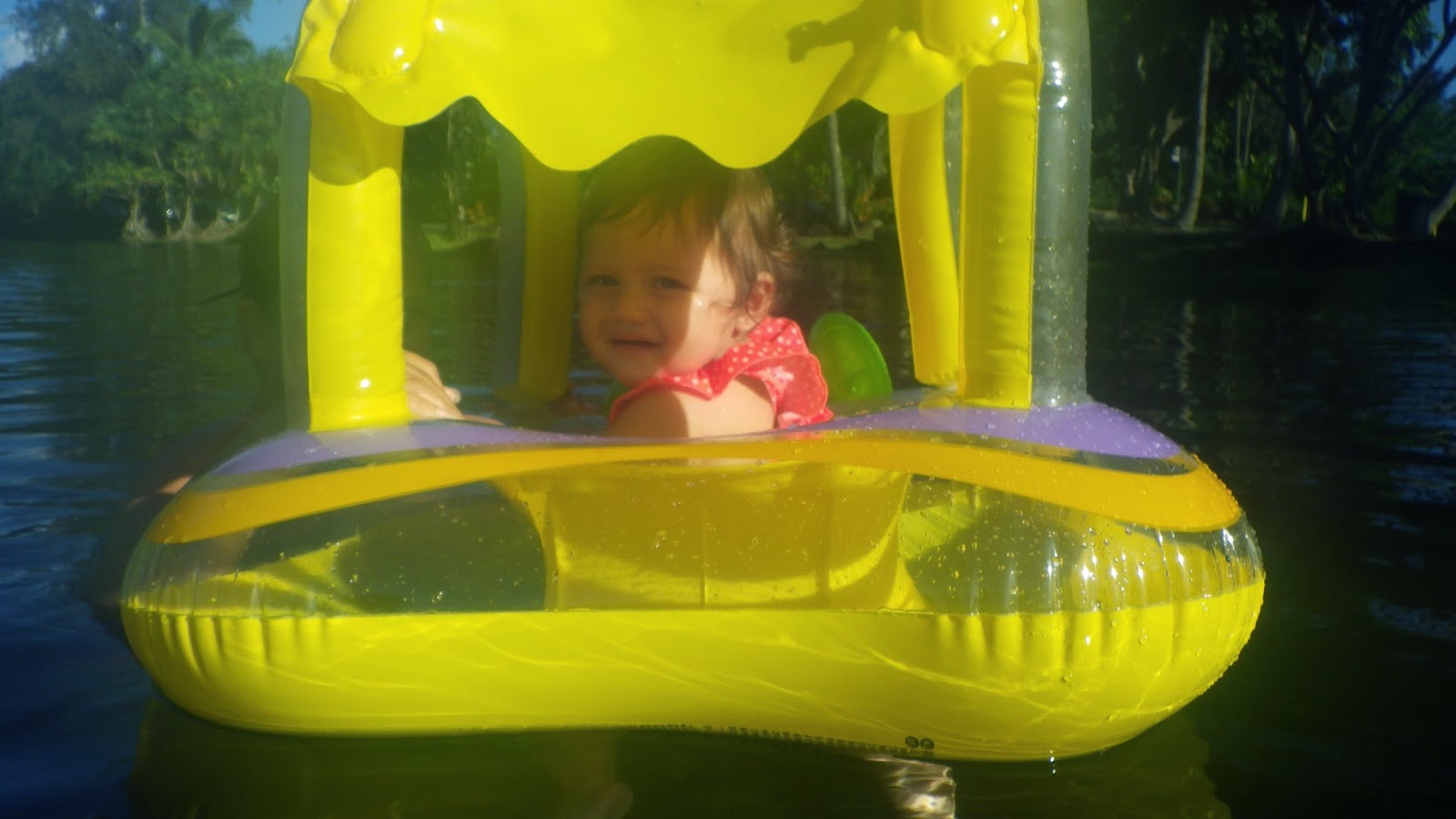 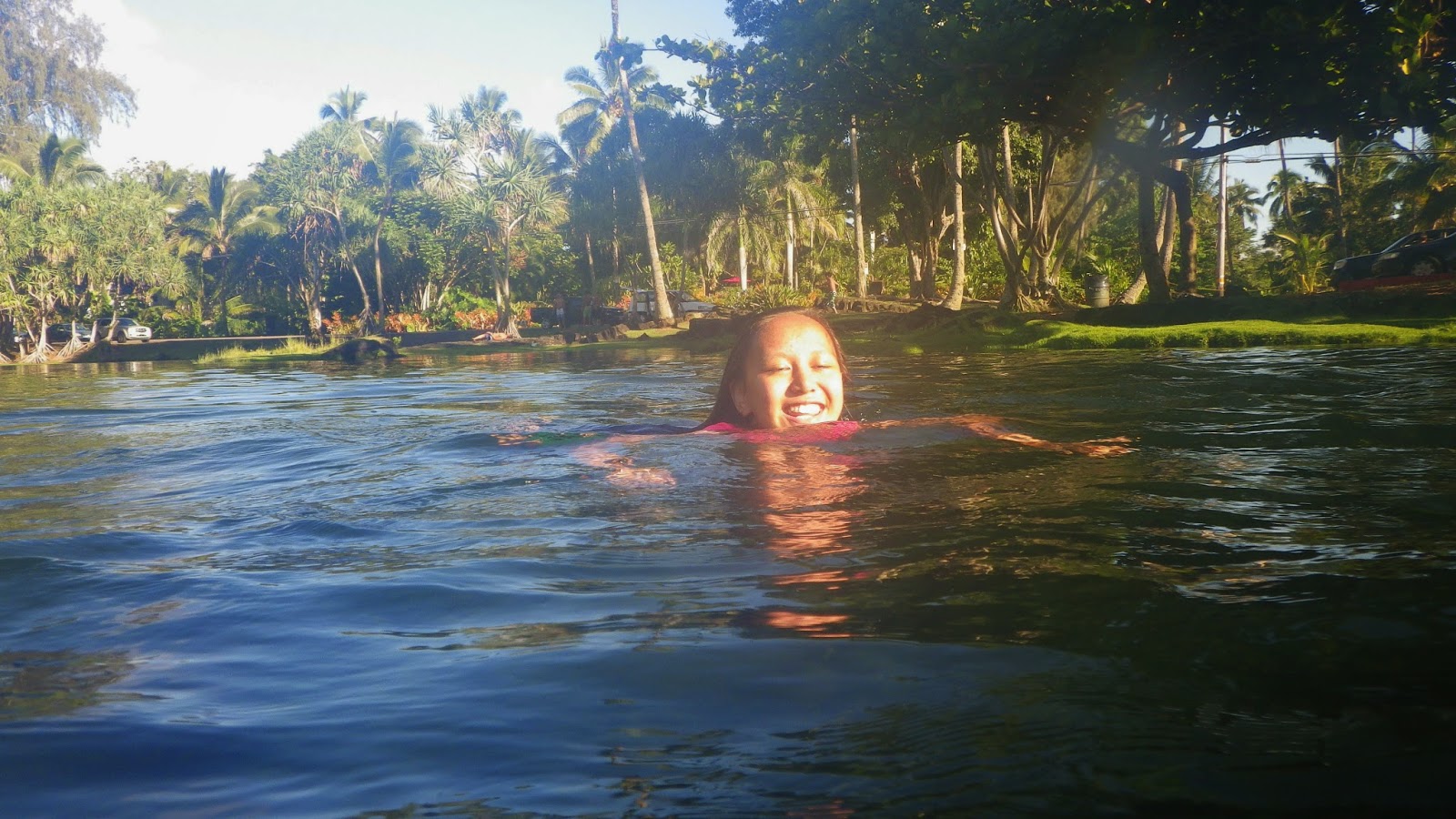 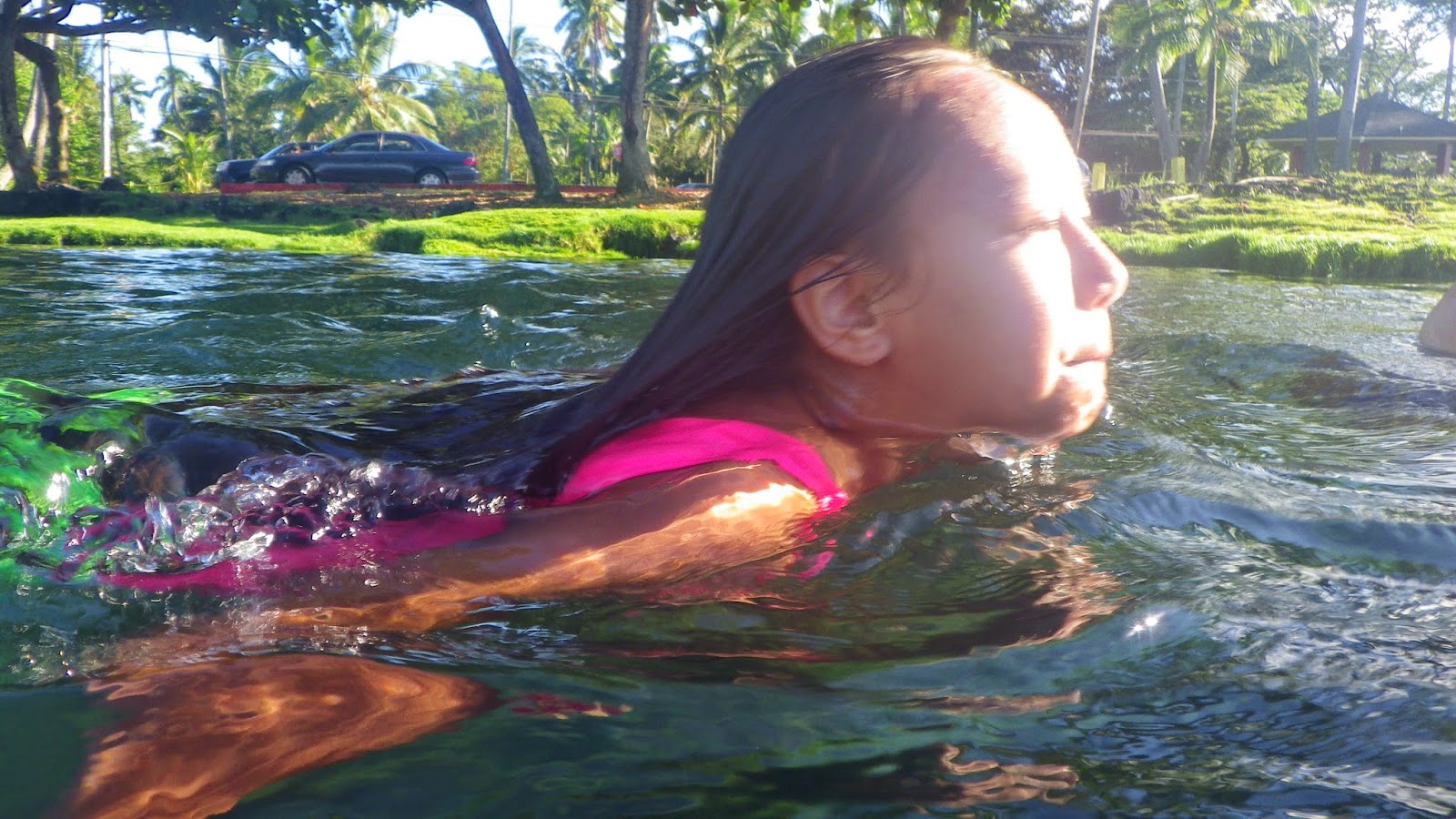 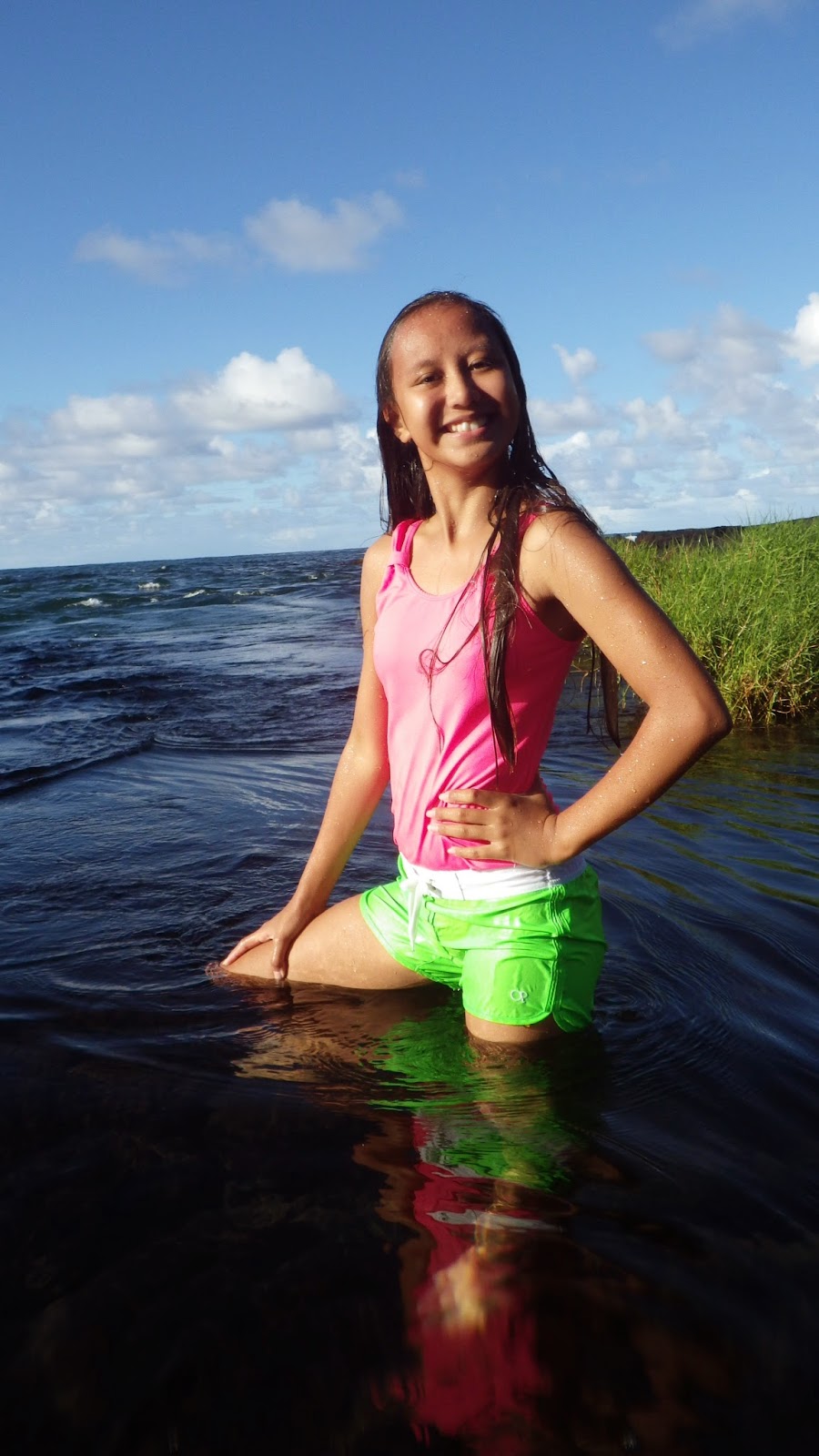 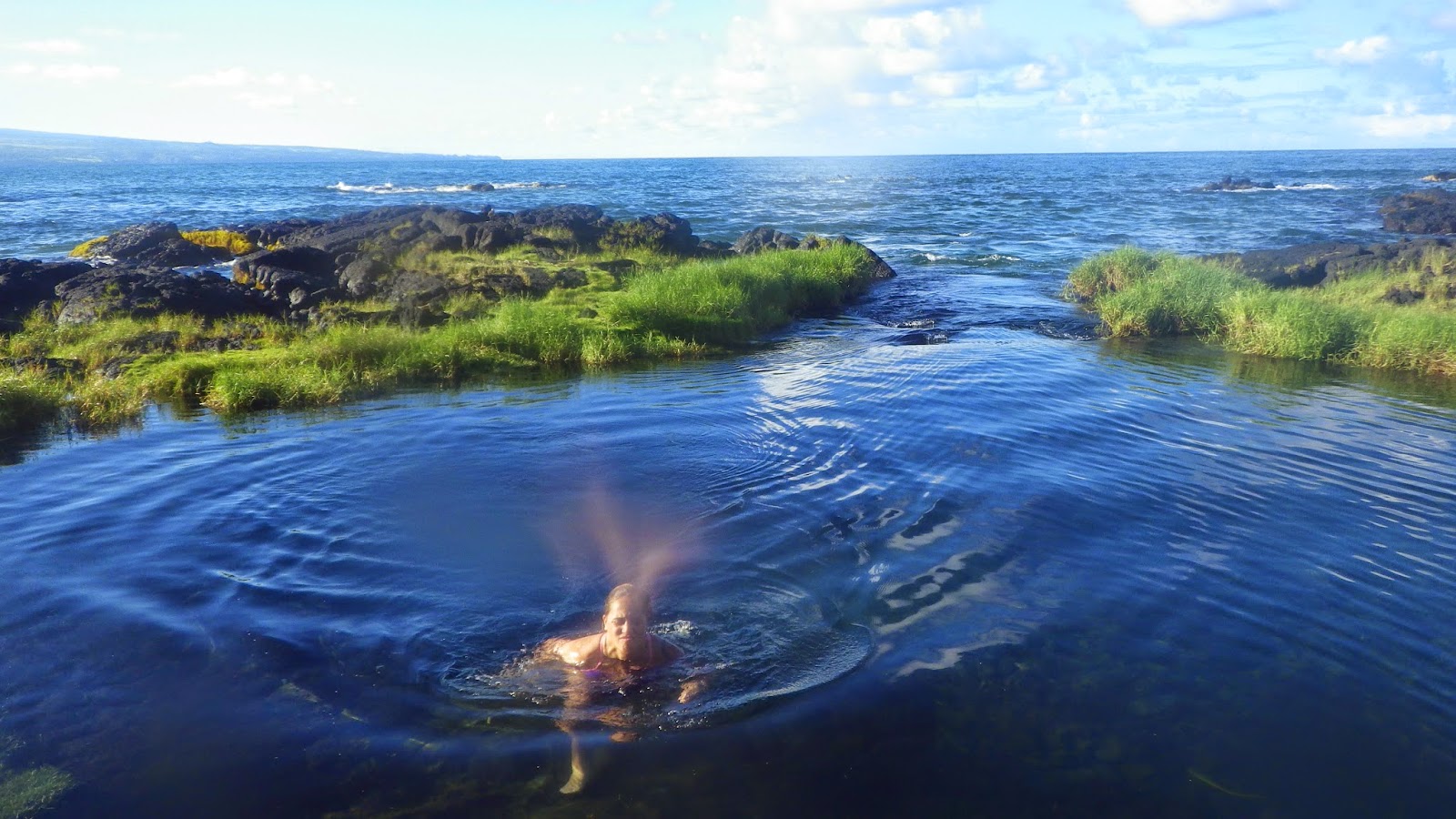 ONE THING I LOVE SO MUCH ABOUT KEAUKAHA ARE THE MANY BEACHES AND LOCATIONS TO CHOOSE FROM FOR A SWIM!!!