WE HEADED TO THE DOME WHERE IT DISPLAYS AN AMAZING TIMELINE ON THE HISTORY OF THE "REICHSTAG BUILDING" ALONG WITH THE "DOME"AND ITS REBUILDING AND REMODELING.

The original Reichstag building was proposed due to a need for a larger parliamentary building. Construction did not immediately begin due to debates between Otto von Bismarck and Reichstag members. In 1894, after an architectural contest, the winner, Frankfurt architect Paul Wallot, was chosen to design the building, which featured a very large dome.

On February 27, 1933, the dome was destroyed along with the rest of the building in the Reichstag fire, an act blamed on the Communists, despite there being little evidence to determine who actually started the fire. The remains of the building and the dome were further demolished with the bombings of Berlin through World War II and the eventual fall of Berlin to the Soviets in 1945. While the Reichstag building was partially reconstructed in the 1960s as a conference center, the dome was not. Much of the dome and the ornaments that decorated it had been removed by that time.

The Reichstag dome is a large glass dome with a 360 degree view of the surrounding Berlin cityscape. The debating chamber of the Bundestag, the German parliament, can be seen below. A mirrored cone in the center of the dome directs sunlight into the building, and so that visitors can see the working of the chamber. The dome is open to the public and can be reached by climbing two steel, spiralling ramps that are reminiscent of a double helix. The Dome symbolizes that the people are above the government, as was not the case during Nazism.

The glass dome was also designed by Foster to be environmentally friendly. Energy efficient features involving the use of the daylight shining through the mirrored cone were applied, effectively decreasing the carbon emissions of the building. A large sun shield tracks the movement of the sun electronically and blocks direct sunlight which, would not only cause large solar gain, but also dazzle those below.

The futuristic and transparent design of the Reichstag dome is intended to symbolize Berlin's attempt to move away from a past of Nazism and instead towards a future with a heavier emphasis on a united, democratic Germany. 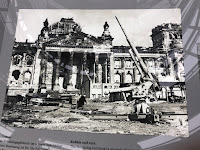 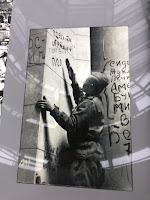 THESE ARE PICS OF THE AFTERMATH OF WORLD WAR 2 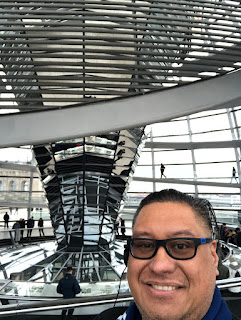 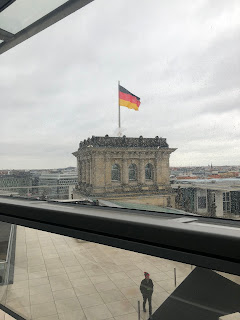 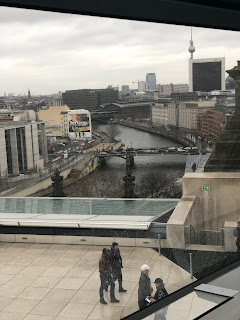 WELL DESIGNED AND GETTING A 360 VIEW OF BERLIN IS AMAZING!!!  I ONLY WISH IT WAS A CLEAR DAY.

WE ALSO HAD LUNCH AT THEIR RESTAURANT WHICH IS TOP NOTCHED!!! 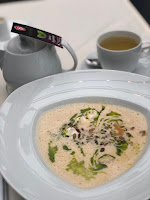 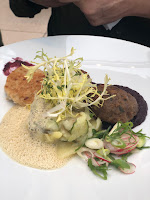 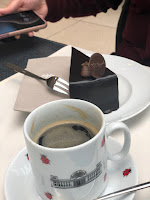 OUR NEXT STOP IS THE "MEMORIAL TO THE MURDERED JEWS OF EUROPE" AND IT WAS A BLOCK AWAY FROM THE "REICHSTAG BUILDING" AND SO WALKED OVER AND UNEXPECTEDLY CAME ACROSS THIS... 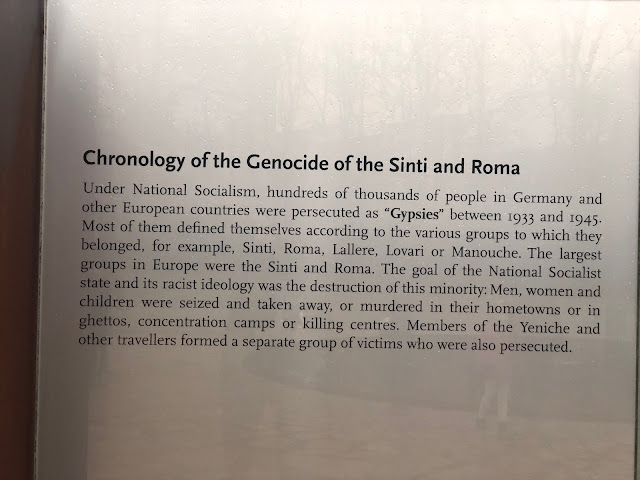 I LITERALLY HAD NO IDEA ABOUT OTHERS BEING VICTIMS OF GENOCIDE.

Around 500,000 Sinti and Roma were persecuted and murdered under Nazi rule.The memorial by artist Dani Karavan consists of a round water basin with a triangular stone stele at its centre, the shape of which refers to the fact that all those imprisoned by the Nazis were identified with differently coloured triangles on their prisoner clothing. A flower is placed on the stele as a symbol of life and to remember the murdered Sinti and Roma. As soon as it withers, it falls down into the depths of the well. A new, fresh flower then rises from the water. The words of the poem "Auschwitz" by Italian Roma Santino Spinello are written around the edge of the water basin, in English, German and Romany: "Sunken in face / extinguished eyes / cold lips / silence / a torn heart / without breath / without words / no tears".

A VERY CALM AND YET COLD SILENCE OF THE UNSPOKEN. 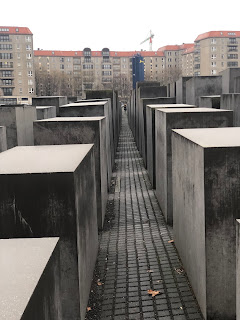 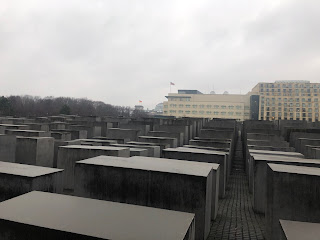 AS SOON AS I ARRIVED AT THE SITE, I IMMEDIATELY GOT CHICKEN SKIN (GOOSEBUMPS), I BEGAN TO TREMBLE AND MY EYES WATERED UP REAL QUICK.  I'M NOT GOING TO GO INTO DETAILS BUT IF YOU EVER VISIT BERLIN, GERMANY, THIS IS HIGHLY RECOMMENDED. 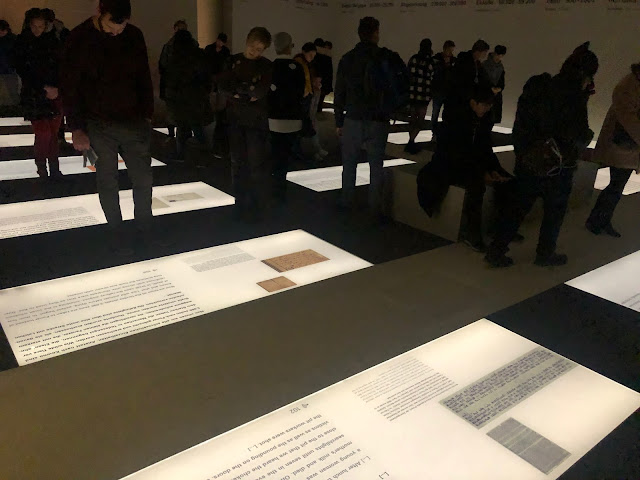 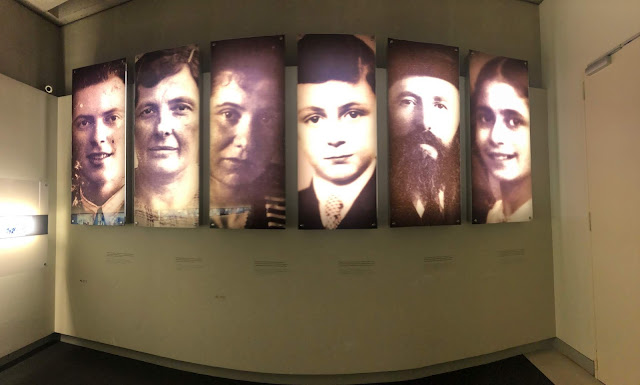 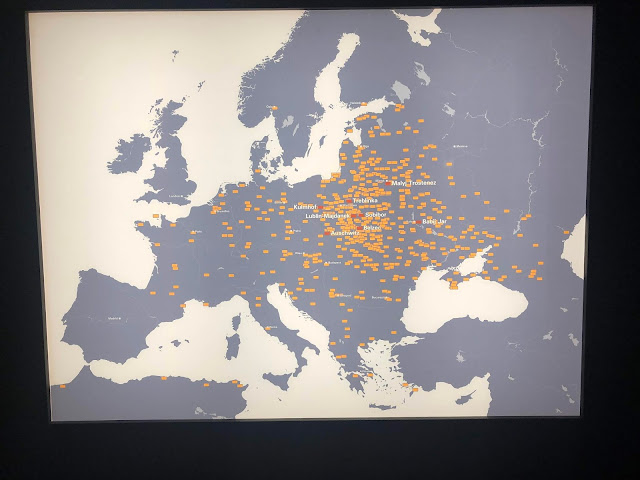 AFTER A VERY EMOTIONAL TOUR OF THIS AMAZING MEMORIAL, IT WAS TIME TO GET SOME FOOD!!! 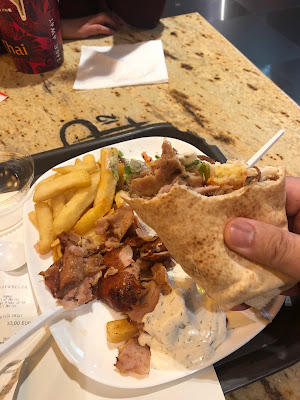 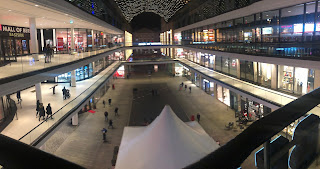 AFTER DINNER IT WAS TIME FOR ONE MORE EVENT TO END THE DAY ON A HAPPIER NOTE AFTER AN EMOTIONAL DAY OF HISTORY!!!

EVEN THOUGH I'VE SEEN THEM BEFORE IN LAS VEGAS, I DEFINITELY SEE THEM AGAIN AND I DID!!!

ONCE AGAIN ANOTHER WONDERFUL DAY OF TOURING!!!

NEXT BLOG...  MY JOURNEY TO POTSDAM, GERMANY!!!