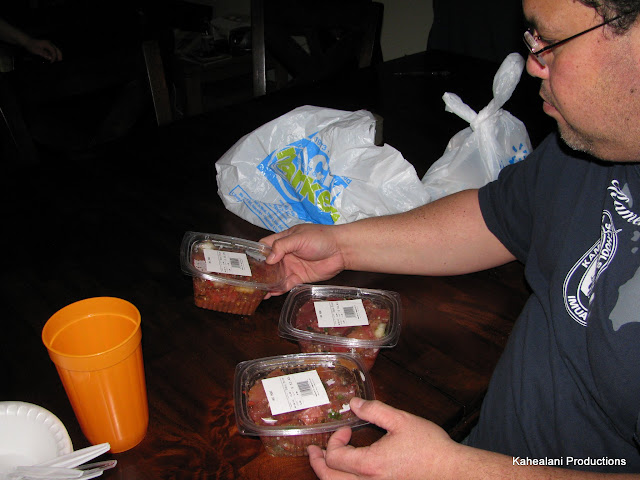 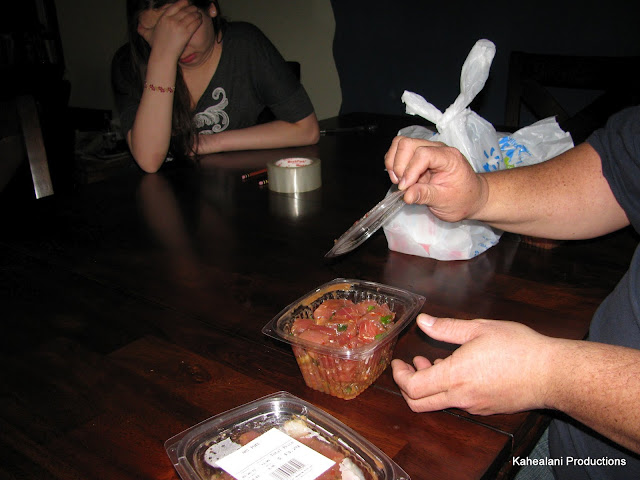 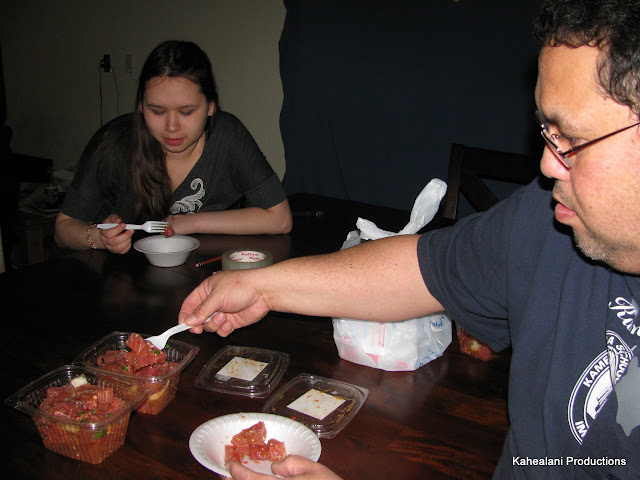 MY BRADA KA'IWA WENT TO ANCHORAGE LAST WEEKEND AND BROUGHT SOME "SPICY POKE" TO EAT.  I WAS THE HAPPIEST GUY IN BETHEL, ALASKA!!!  FOR THOSE OF YOU DON'T KNOW WHAT "POKE" IS,

Poke (English pronunciation: /poʊˈkeɪ/) is a raw fish salad served as an appetizer in Hawaiian cuisine. Pokē is the Hawaiian verb for "section" or "to slice or cut".

The traditional Hawaiian poke consists of fish that has been gutted, skinned, and deboned. It is sliced across the backbone as fillet, then served with traditional condiments such as sea salt, seaweed, and limu. Some Hawaiians would suck the flesh off the bones and spit out the uneaten skin and bones. During the 19th century, recently introduced foreign vegetables such as tomatoes and onions were included, and now Maui onions are a very common ingredient.
According the food historian Rachel Laudan, the present form of poke became popular around the 1970s. It used skinned, deboned, and filleted raw fish served with wasabi (Japanese green horseradish) and soy sauce. This form of poke is still common in the Hawaiian islands.

Raw fish dishes similar to poke, often served in Europe, are fish carpaccio and fish tartare. Poke should not be confused with raw fish dishes such as ceviche, Boquerones en Vinagre, ika ota, or kinilaw, which might use vinegar or citrus juice to denature the fish proteins and tenderize the fish. 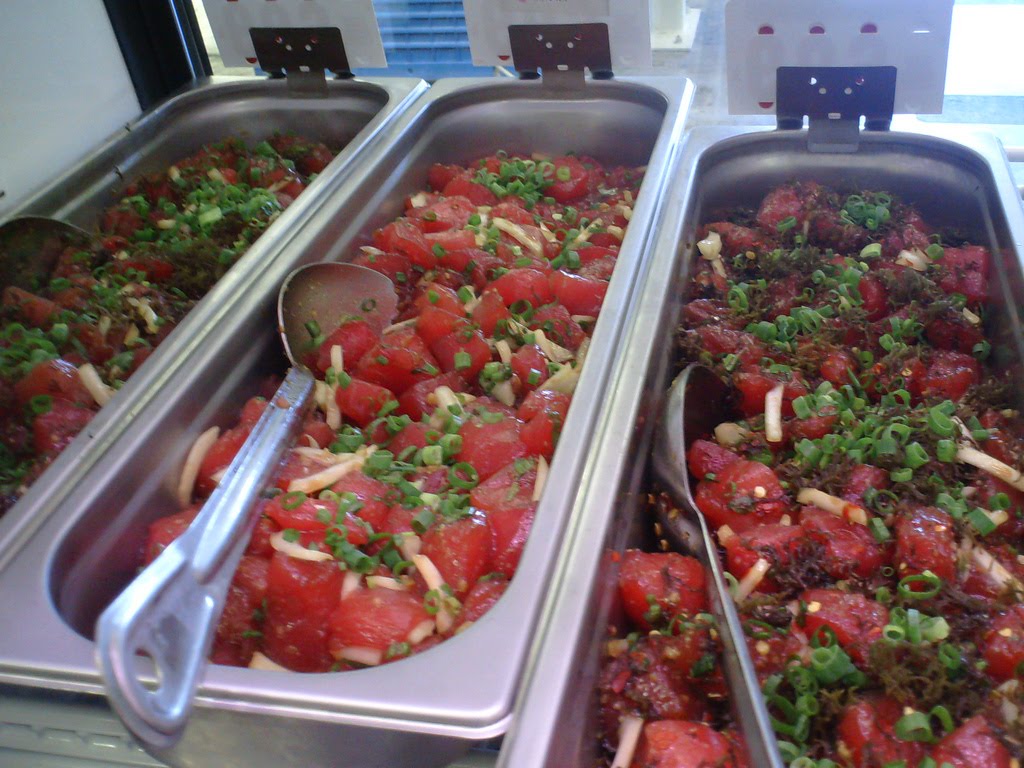 SO THERE YOU HAVE IT FOLKS...  "POKE", A DELICIOUS MEAL EATEN REGULARLY IN HAWAI'I NEI!!!