CRUISING THE HAMAKUA COAST AND HAVING LUNCH IN HONOKA'A AND THEN CHECKING OUT WAIPIO VALLEY!!! 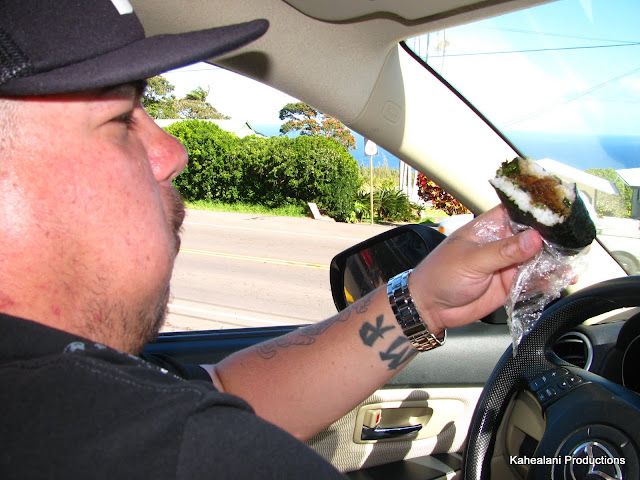 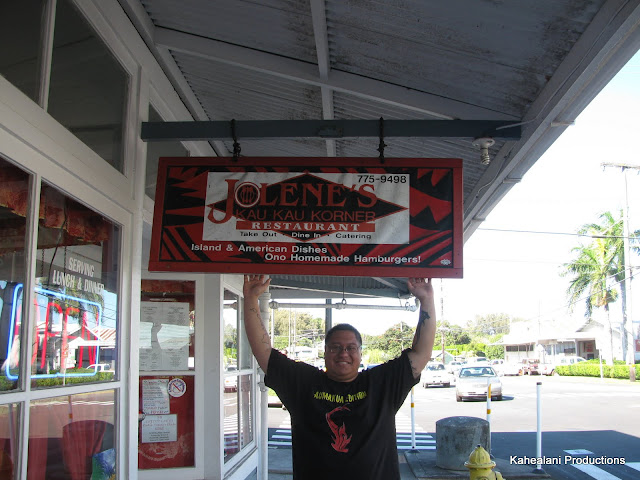 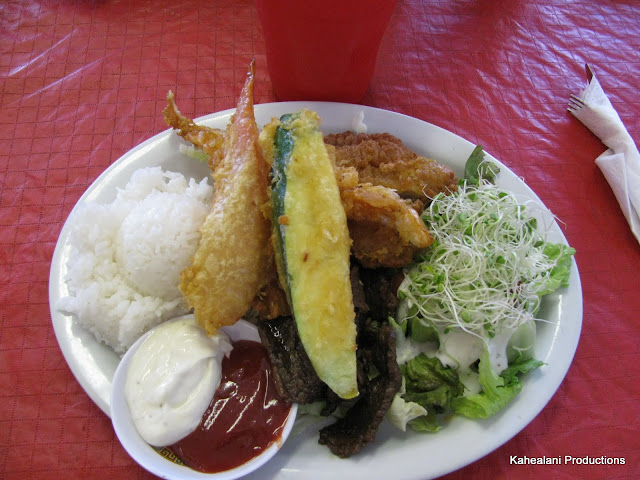 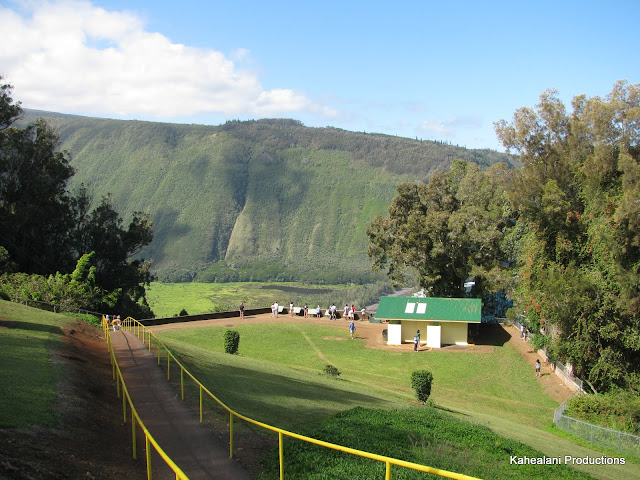 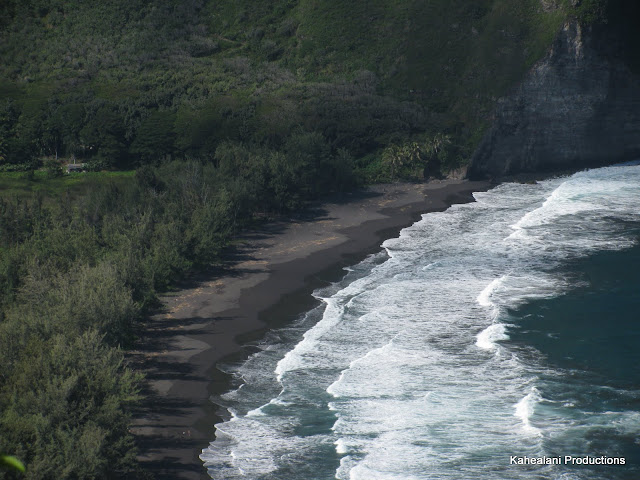 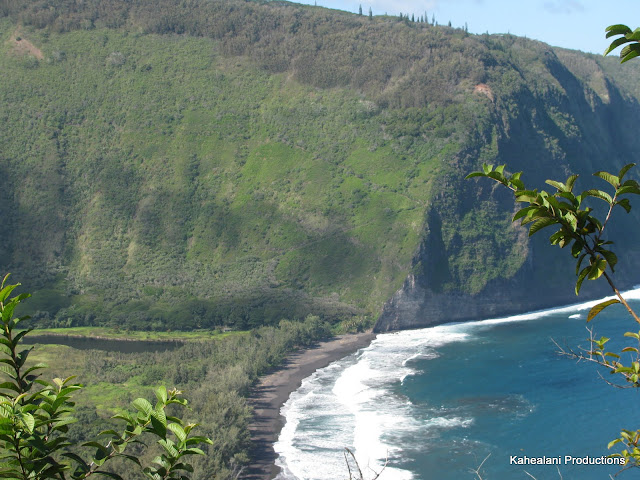 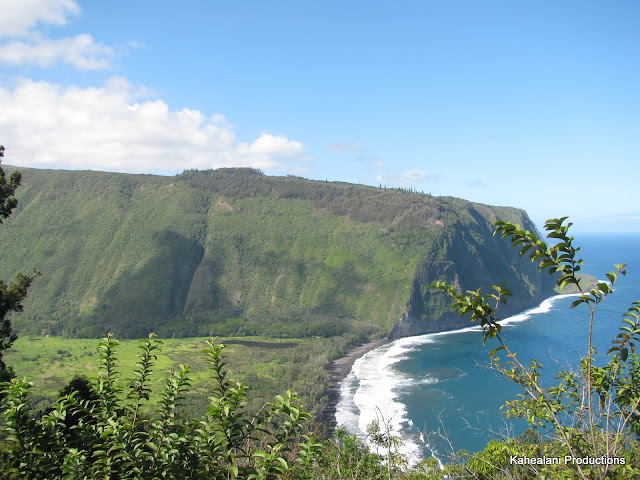 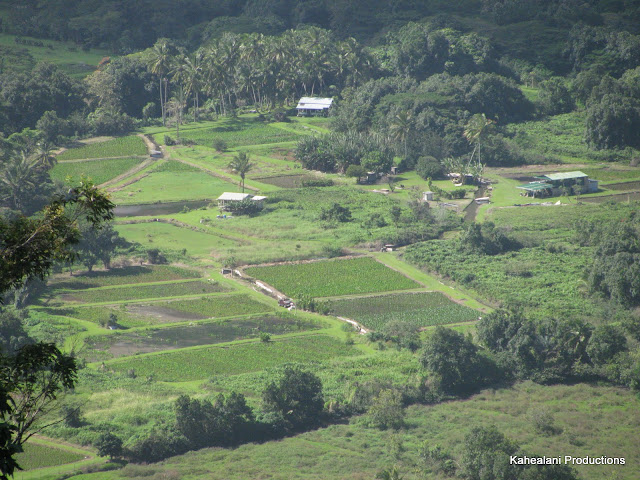 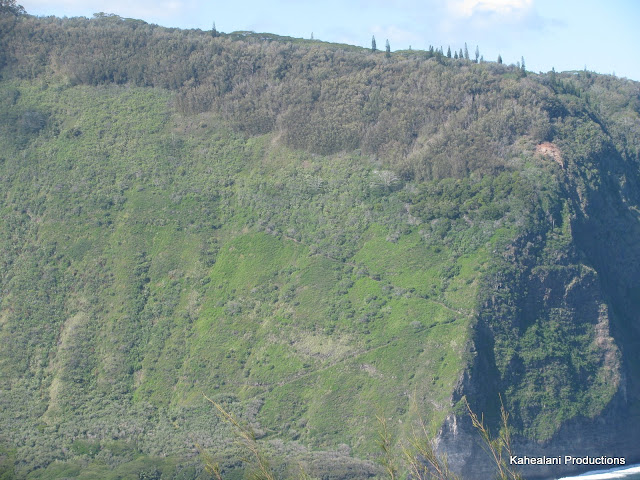 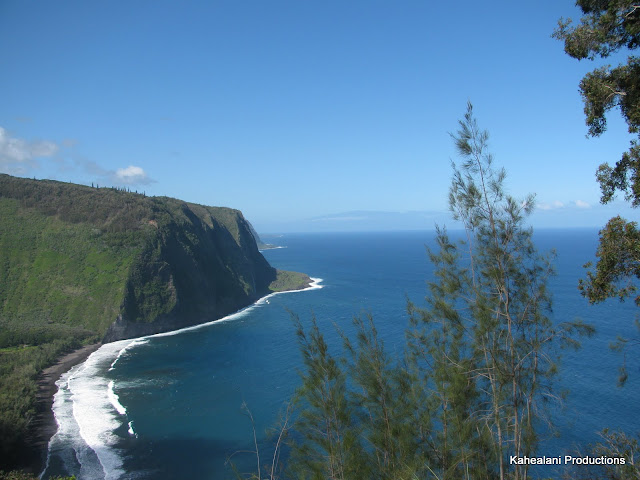 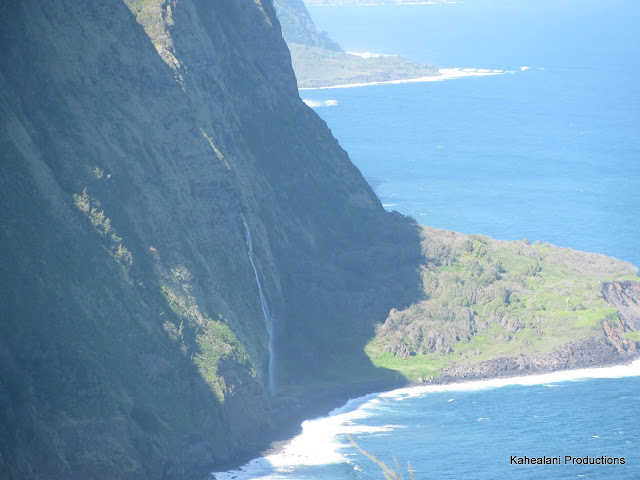 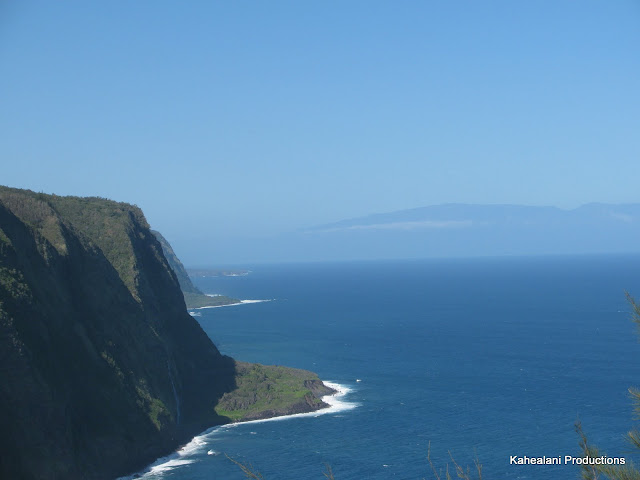 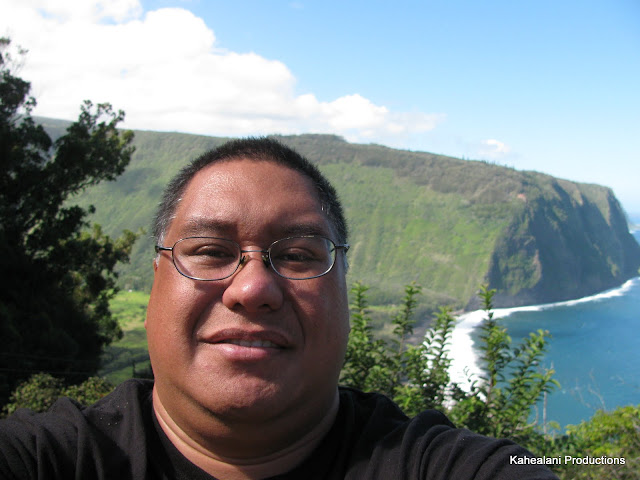 ANOTHER AWESOME DAY IN HAWAI'I NEI.  WE STARTED A NICE MORNING DRIVE UP THE HAMAKUA COAST AND VIEWED ALL THE SPECTACTULAR OCEAN VIEWS.  AND THEN WE STOPPED IN HONOKA'A AND ATE LUNCH AT:

JUST GOOGLE IT ON THE MAPS AND IT'LL SHOW HOW TO GET THERE ON THE MAPS!!!

THE FOODS IS "ONO" (DELICIOUS) AND THE SERVICES IS "ALL ALOHA".

AFTER THAT WE DROVE UP TO THE SCENIC POINT OF WAIPIO VALLEY.

THE HISTORY OF WAIPI’O VALLEY

Located along the Hamakua Coast on the northeast shore of the Big Island of Hawaii, the Waipiʻo Valley is the largest and most southern of the seven valleys on the windward side of the Kohala Mountains.
The Waipiʻo Valley is a mile wide at the coastline and almost six miles deep. Along the coast is a beautiful black sand beach often used by motion picture production companies.
On both sides of the valley there are cliffs reaching almost 2000 feet with hundreds of cascading waterfalls, including one of Hawaii's most celebrated waterfalls - Hiʻilawe.
The road into the valley is very steep (a 25% grade). In order to travel into the valley, you must either ride down in a four wheel drive vehicle or hike down to the valley floor.
Waipiʻo means "curved water" in the Hawaiian language. The lovely Waipiʻo River flows through the valley until it enters the ocean at the beach.
Valley of the Kings
The Waipiʻo Valley is often referred to as the "Valley of the Kings" because it was once the home to many of the rulers of Hawaii. The valley has both historical and cultural importance to the Hawaiian people.
According to oral histories as few as 4000 or as many as 10,000 people lived in Waipiʻo during the times before the arrival of Captain Cook in 1778. Waipiʻo was the most fertile and productive valley on the Big Island of Hawaii.
Kamehameha the Great and the Waipiʻo Valley
It was at Waipiʻo in 1780 that Kamehameha the Great received his war god Kukailimoku who proclaimed him the future ruler of the islands.
It was off the coast of Waimanu, near Waipiʻo, that Kamehameha engaged Kahekili, the Lord of the leeward islands, and his half-brother, Kaeokulani of Kauaʻi, in the first naval battle in Hawaiian history - Kepuwahaulaula, known as the Battle of the Red-Mouthed Guns. Kamehameha thus began his conquest of the islands.
Tsunamis
In the late 1800s many Chinese immigrants settled in the valley. At one time the valley had churches, restaurants and schools as well as a hotel, post office and jail. But in 1946 the most devastating tsunami in Hawaii's history swept great waves far back into the valley. Afterwards most people left the valley, and it has been sparsely populated ever since.
A severe deluge in 1979 covered the valley from side to side in four feet of water. Today only about 50 people live in the Waipiʻo Valley. These are taro farmers, fishermen and others who are reluctant to leave their simple lifestyle.
Sacred Valley
Aside from its historical importance, the Waipiʻo Valley is a sacred place for Hawaiians. It was the site of many important heiaus (temples).
The most sacred, Pakaalana, was also the site of one of the island's two major puʻuhonua or places of refuge, the other being Puʻuhonua O Honaunau.
Ancient burial caves are located in the sides of the steep cliffs on either side of the valley. Many kings were buried there. It is felt that because of their mana (divine power), no harm will come to those who live in the valley. In fact, despite great devastation in the 1946 tsunami and the 1979 flood, no one actually died in those events.
Waipiʻo in Hawaiian Mythology
Waipiʻo is also a mystical place. Many of the ancient stories of the Hawaiian gods are set in Waipiʻo. It is here that beside the falls of Hiʻilawe, the brothers of Lono found Kaikiani dwelling in a breadfruit grove.
Lono descended on a rainbow and made her his wife only to later kill her when he discovered a chief of the earth making love to her. As she died she assured Lono of her innocence and her love for him.
In her honor Lono instituted the Makahiki games - a designated period of time following the harvesting season when wars and battles were ceased, sporting competitions and contests between villages were organized, and festive events were commenced.
Another story set in Waipi`o tells how the people of Waipiʻo came to be safe from the attack of sharks. It is the story of Pauhiʻu Paupoʻo, better known as Nanaue, the shark-man.

When you travel to the Waipiʻo Valley today you not only step into a place steeped in the history and culture of Hawaii, you are entering one of the most beautiful places on the face of the earth.
Exploring the Waipiʻo Valley
One of our favorite ways to explore the valley is on horseback. We highly recommend the Waipiʻo Valley Horseback Adventure with Naʻalapa Stables (808-775-0419) as one of the best way to see the Waipiʻo Valley.
Another excellent choice is the Waipiʻo Valley Wagon Tours (88-775-9518) which features a trip through the valley in a mule drawn wagon.
Waipiʻo Valley Horseback Adventure
Waipiʻo Valley Horseback Adventure begins in the parking lot of the Waipiʻo Valley Artworks in Kukuihale. This is truly wonderful gallery where you can purchase hand-crafted items, including exquisite woodwork by over 150 local artisans.
The tour groups are kept quite small and you really feel that you are getting a personal tour of the valley. An average group has nine people and two local guides. You are driven to the valley floor in a four wheel drive vehicle. It takes about 30 minutes. When you arrive at the stable area in the valley, you are greeted by your trail guide. What follows is a 2.5 hour ride through the Waipiʻo Valley.
As you travel on horseback through the valley you see taro fields, lush tropical vegetation, and breadfruit, orange and lime trees.
Pink and white impatiens climb the cliff walls. If you are lucky you might even see wild horses. You ride across streams and the shallow Waipiʻo River.
The trail horses are wonderfully tame. Some of these were actually the horses that you may have seen at the conclusion of the motion picture Waterworld, the ending of which was filmed on the beautiful black sand beach of Waipiʻo.
Waipiʻo Valley Treehouse and Waterfall Retreat
If you wish to spend more than a few hours in the valley, you might consider a stay at the The Waipiʻo Valley Treehouse and Waterfall Retreat. The Treehouse is built in a Monkey Pod Tree. The massive root systems enable the tree to stand firm in tidal waves and floods.

IF YOU ARE EVER IN THE BIG ISLAND VISITING, PLEASE CHECK OUT WAIPI’O VALLEY!!!
AWWWRITE!!!